Situated next to the Horagolla Walauwa, the family home of Bandaranaike family the Horagolla National Park is the latest addition to the Sri Lankan national parks and is the only urban park in the highly populated  Western province of the country.

Thus named for its abundance of Hora or Dipterocarpus zeylanicus trees Horagolla National Park is 40 hectares of low country every green forest, ideal for a comfortable walk through concrete shady paths. 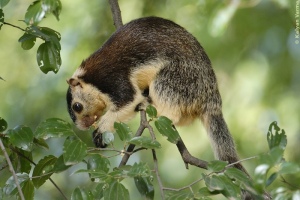 The rare Clipper, Ceylon Birdwing and Blue Mormon are the butterflies fluttering in the park while an occasional cobra or a python is reported or observed.

The summer house by the canal scattered with aquatic birds is an ideal spot for respite and solitude after the long walk and an afternoon well spent at Horagolla.